Several media in China have voiced subtle differences in tone from the main theme that Xi Jinping and the Chinese Communist Party (CCP) Central Committee have voiced. However small these voices are, they show that the party lacks unity.

People’s Daily: A February 10 Twitter message pointed out that People’s Daily mobile APP had a very interesting design on that day: It had a picture of Xi Jinping visiting the Beijing local community for epidemic control, sandwiched between a text that read, “Go to Wuhan” (on the top) with a big banner, “Go to Wuhan” (at the bottom). 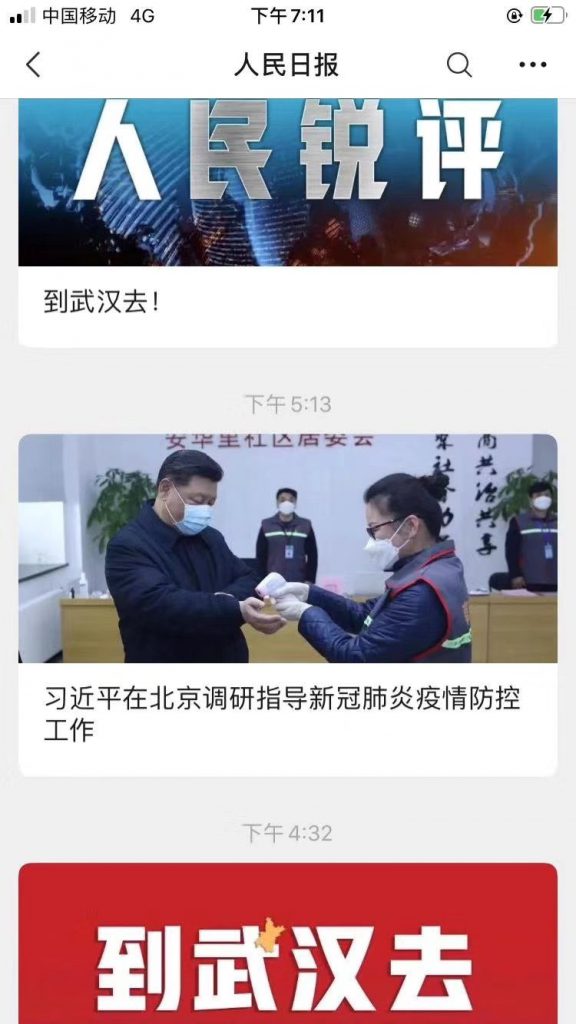 China Global Television Network (CGTN): It reported that “five suns” had appeared in the sky in Inner Mongolia. In traditional Chinese culture, this was a terrible sign for the current leader. It meant that multiple people would start to challenge the leader or even declare themselves as the new “kings.” (Of course, CGTN only called it an optical phenomenon without touching the ancient Chinese interpretation.) Article link: https://news.cgtn.com/news/2020-02-16/-Five-suns-appear-in-China-s-Inner-Mongolia-O7So2eq9oY/index.html.

Caixin, a Beijing-based media group established in 2010 by Hu Shuli (胡舒立), who was known for his outspoken style: Has had an article on the Internet since January 27, 2020. In the article, the Wuhan Mayor, Zhou Xianwang, said he reported the coronavirus epidemic to Beijing in December 2019 but was not “authorized” to reveal the information to the public until January 20, 2020. Article link: http://china.caixin.com/2020-01-27/101508817.html. Related Chinascope posting: Leadership: Wuhan Mayor Not “Authorized” to Release Epidemic Information to the Public Before.

Beijing News, a Beijing-based newspaper: Has kept an article on its website since January 27, 2020. It is similar to Wuhan Mayor Zhou Xianwang’s story that he was not “authorized” to reveal the information to the public before January 20, 2020. Article link: http://www.bjnews.com.cn/news/2020/01/27/680293.html. Related Chinascope posting: Leadership: Wuhan Mayor Not “Authorized” to Release Epidemic Information to the Public Before.

Red Song Club, a leftist (pro-communist ideology) website: Has kept an article since February 6, 2020, questioning whether the Wuhan National Biosafety Laboratory might have leaked the coronavirus to the public. Article link: http://m.szhgh.com/show.php?classid=50&id=222546.