China Digital Times published an article about the “junior student informants” model in elementary schools in China. The article posted a picture with a group of elementary school students holding a banner which reads, “‘Junior Student Informants’ Patriot Education Summer Session.” The name of the school on the banner is Xi’an Gaoxing No 1 Elementary School Eastern District Class of 2C4. 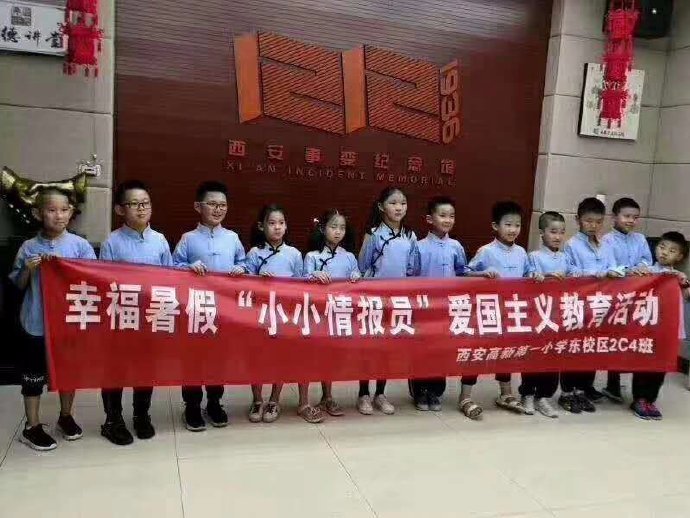 The article referenced a similar junior student informant model in Shen Zhen which had previously been reported and which the public criticized widely. People are concerned that it is a twisted education model to reward children for learning to be informants at such a young age. It will make them unable to develop friendships properly and to deal with personal privacy in real life. It will also cause isolation and conflicts among them. It is the teachers’ responsibility to understand their students, but not through a “student informants” model. Therefore, the model and the program it represents need to be stopped.

According to the report, in Nan Shan Qian Hai elementary school in Shen Zhen, in addition to study, the student informants are responsible for completing the “hidden” tasks that their teacher assigns. Their tasks include observing emotional and psychological changes in the students around them and then providing this “intelligence” to the teacher on a regular basis every week so that the teacher can understand the mental state of the students in time. The “intelligence” they have collected includes dating among classmates, absent-mindedness, and being distracted; students who lack parental care, deliberately missing school to attract the attention of their parents; poor family economic conditions, lack of confidence, lack of interest in communicating with others, making up nicknames for other students and other such tasks.