People are concerned about the accuracy of  the Chinese government’s postings about the death count from the Coronavirus. An unconfirmed self-posting suggested that there could be 400 deaths at the Huoshenshan Hospital every day. The hospital, along with the Leishenshan Hospital, were two high-profile hospitals that Beijing built in Wuhan in 10 days to host the novel coronavirus patients. The  People’s Liberation Army manages the hospitals.

The person (who made the posting) said that he is a doctor at the Huoshenshan Hospital. He made two postings at the 4chan.org website, an anonymous English-language imageboard website. There were grammar errors in his English but Chinascope left his original posting as is. He mentioned that the deaths were not counted as pneumonia death but rather as sudden deaths, and that also the hospital emptied 200 rooms every day (there were two beds per room).

“I am a lab technician at Huoshenshan hospital in Wuhan.

The situation is so much worse than you know. Reported death of coronavirus are just those of sudden type, not pneumonic. Daily removes pneumonic patients to not return, whole sections of hospital 200 rooms each and not recorded. They are filled immediately with new pneumonic.

Please know we are trying but there is simply too much.”

After people questioned the validity of the information, the author posted a note on February 8 with “4chan 2020-2-8” in his hand to prove it was true. His posting said: “Is this? I only know little of site, hard to access often.”

[Editor’s Note: The freeing up of rooms is likely due to death. Leishenshan Hospital might have similar death rate. Death count from these two hospitals is likely not part of the corpses collected by funeral houses, as these hospitals are ran by the PLA, outside the civil process.]

Image of his posting: 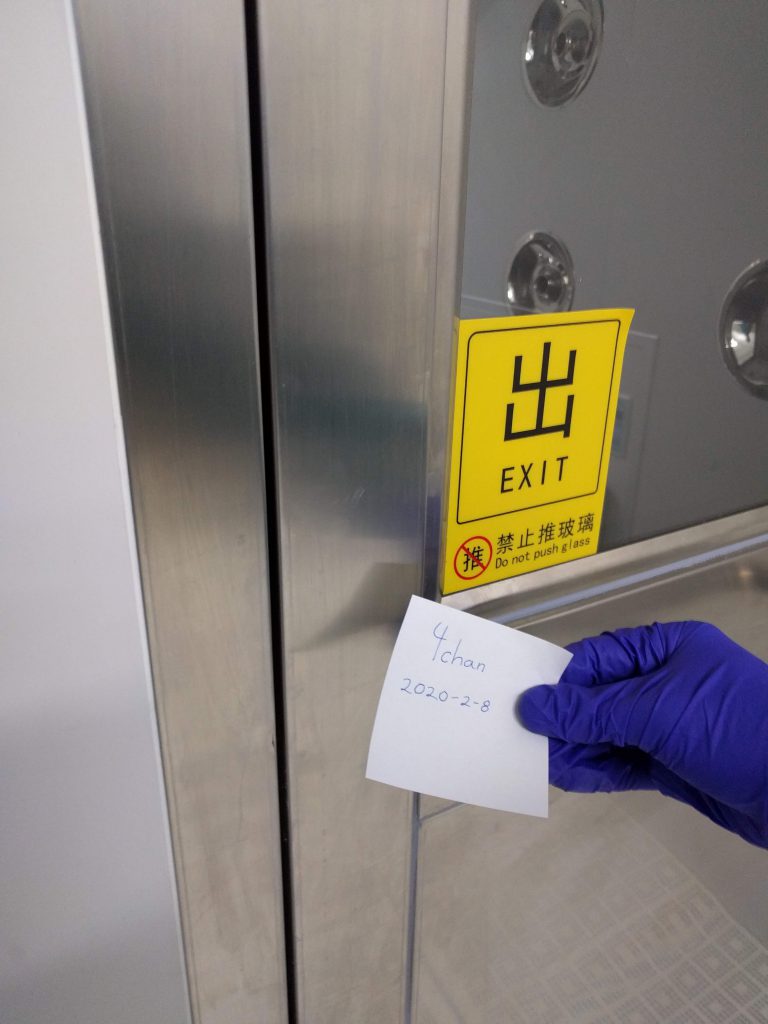