Tencent has been reporting the official numbers related to the novel coronavirus in China. For a long time, China has reported infection cases in the thousands or just ten thousand and death cases in hundreds.

However, on February 1, 2020, Tencent briefly reported a set of unusually high numbers. It reported that 154,023 had been infected and 24,589 had died. Then it adjusted the data back to much smaller numbers. On February 2, Tencent lowered the number back to 14,446 infections and 304 deaths.

It is unclear whether Tencent “accidentally” reported numbers that were accurate or much closer to the truth or the February 1 data was just a mistake.

Screenshot of Tencent numbers on February 1: 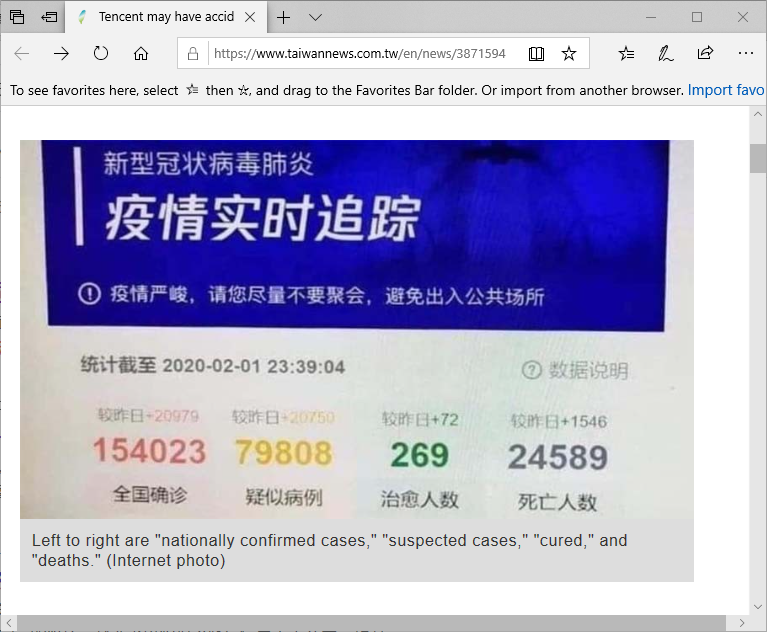 Screenshot of Tencent numbers on February 1 and February 2: 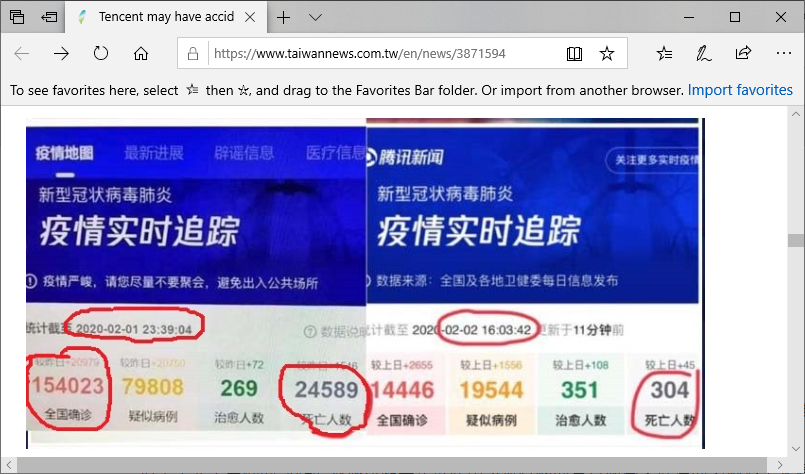