Epoch Times, an independent Chinese language news media reported that two documents revealed on the Internet showed that the Chinese government was aware of the “SARS-like” pneumonia in early January this year. The communist government didn’t take serious action until January 20. By then the epidemic had already exploded in Hubei Province.

Image: An Order by the People’s Liberation Army (PLA) Naval University of Engineering in Wuhan City, Hubei Province, issued on January 2, 2020. It mentioned the pneumonia of unknown cause and requested tight control of people entering the university: they must have their temperature taken and anyone whose temperature was above 38 Celsius (or 100.4 Fahrenheit) was not allowed to enter. 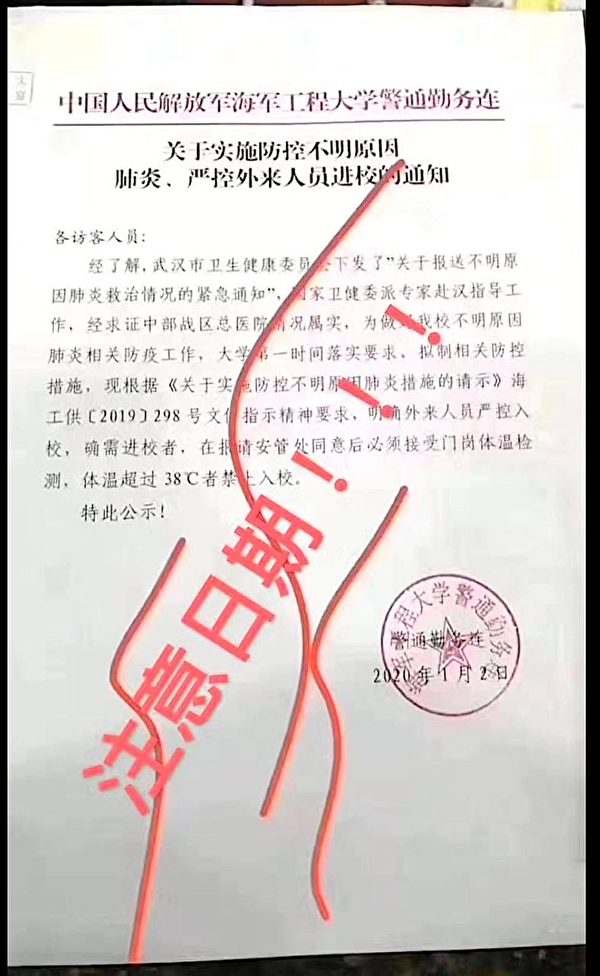 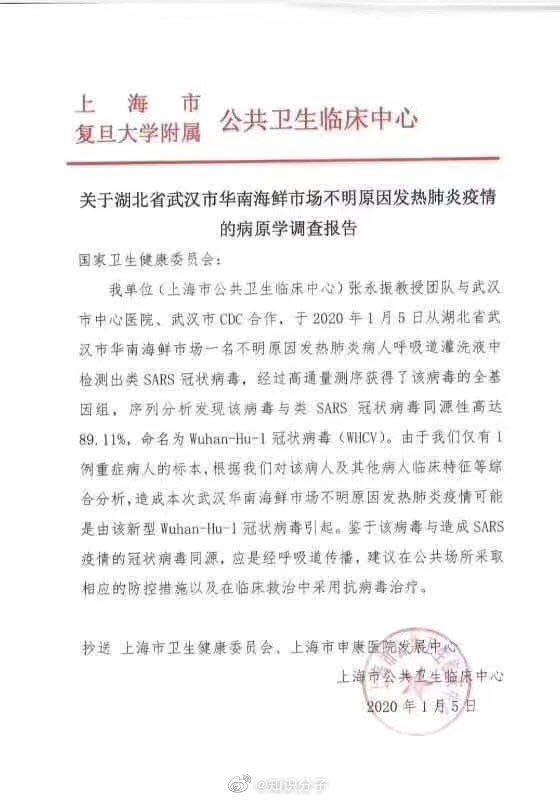