After Wuhan Party Secretary Wang Zhonglin gave an order to Wuhan citizens to conduct a “Be Grateful” education campaign to teach them to “be grateful to Xi Jinping and be grateful to the Chinese Communist Party (CCP),” the public overwhelmingly denounced it.

Some people dug out a People’s Daily article published back on November 18, 2013, which criticized certain officials for having a wrong mentality of “being grateful,” and re-circulated it with the title “People’s Daily: Be Vigilant about the Wrong ‘Be Grateful’ Mentality.” Some even modified the content but still referred to People’s Daily as the source. They were making fun of the CCP: even the party’s mouthpiece People’s Daily is against the “be grateful” campaign.

Beijing later removed articles reporting Wang’s “Be Grateful” order and sent Wang and Ying Yong, the Hubei Provincial Party Secretary, to thank the people of Wuhan and Hubei instead.

The original article was not available on People’s Daily, but can be found on the China News Agency website.

Example of a new postings referring to the old People’s Daily article: 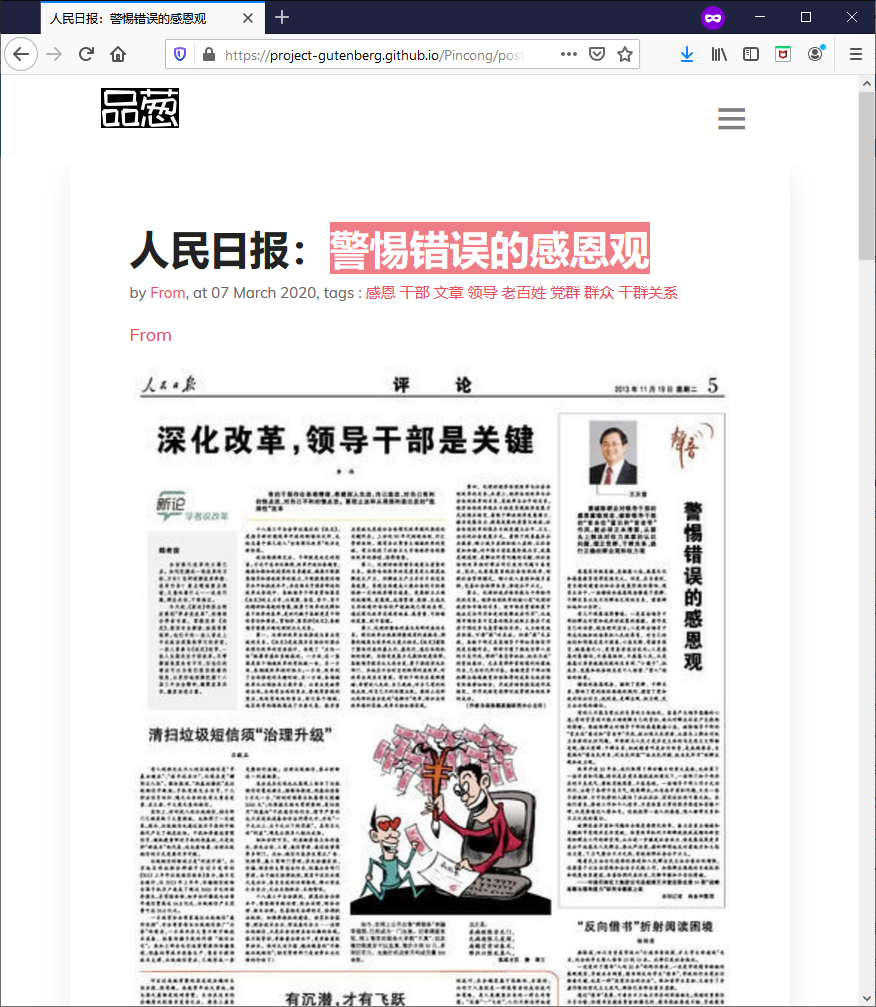