Taiwan News reported that a video posted on YouTube on February 24 showed a woman in Wuhan, coming out of the hospital. She told the car driver that she saw the patient in the bed next to her was bagged while still alive. He was put into a corpse bag and sent to cremation.

She said, “The man was weak but he was still breathing when the medical workers bound his head and then his hands and feet, which were “still moving.” Then the medical personnel placed the man in a black plastic bag and pulled up the zipper and placed the bag in another plastic bag. The bag was then sent to the funeral house to incinerate.

She said that she saw that a few other patients had also been bagged while still alive.

The Epoch Times also reported that Mr. Tong in Wuhan posted the following on the Internet: “The Doctor asked me to help him carry my father’s dead body. I went into the room and touched his calf. It was still warm. I shouted, ‘Dad.” He opened his eyes and tried to speak. The Doctor was shocked and yelled at me to get out. My dad was then placed naked in the corpse bag. I begged them to put some clothes on him, but they didn’t allow me.” 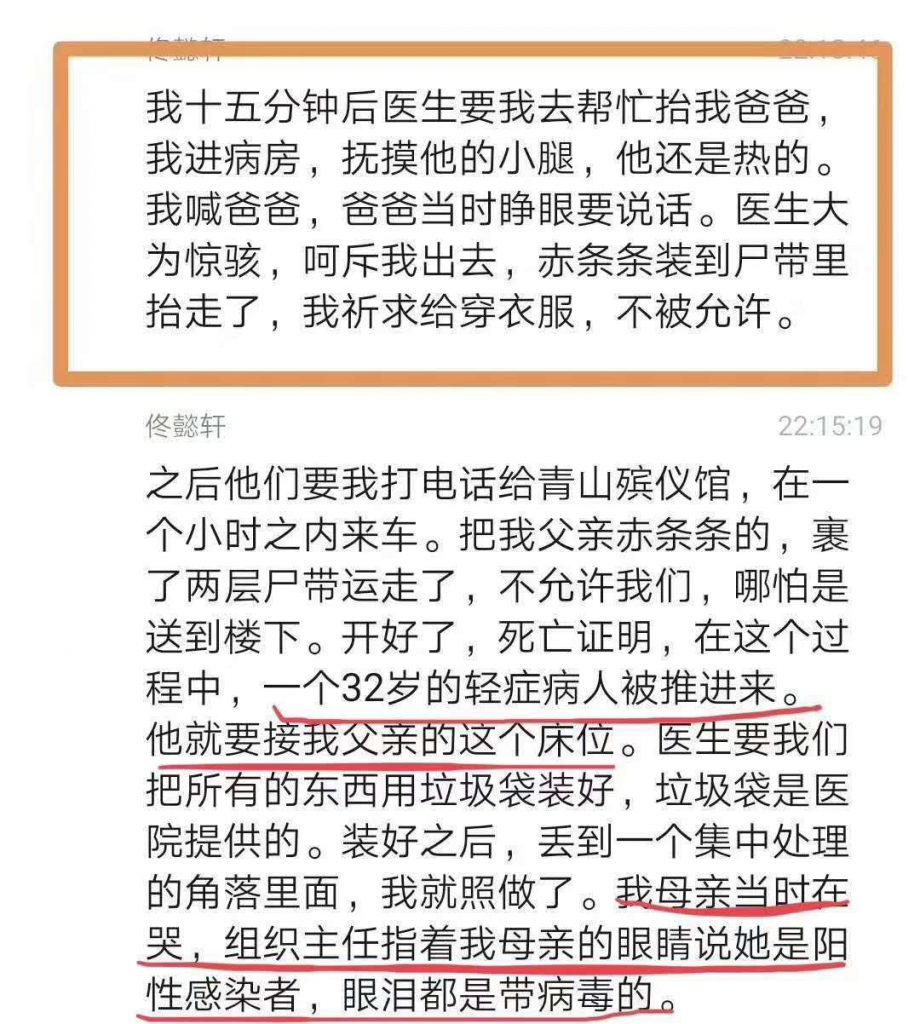